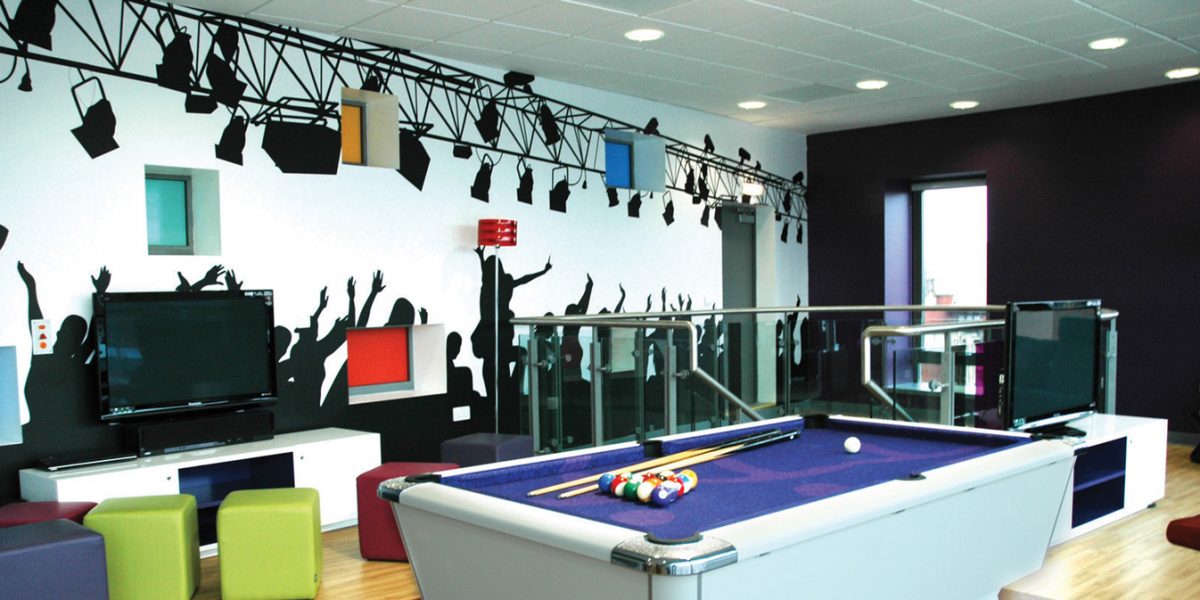 Back in 2007 I created an online wall sticker store called Wall Glamour® which grew from a shed in the bottom of my garden to a business now working all over the UK.

You can read the story of Wall Glamour on another post, but I wanted to cover the reasons why Wall Glamour® is still doing what we do after nearly ten years.

And it all started at the beginning, as all stories do. As a child I was quite arty and enjoyed drawing and painting, which followed through until my early teenage years, which in turn lead me to chose a career as a graphic designer.

Design is not art. Design is a process of making something as good as it can be from an aesthetic and functional point of view. I often refer to designers as being on a sliding scale, you have the artist at one end, who is purely interested in the aesthetic and meaning, driven by creativity. Then you have the engineer at the other end, who is purely interested in function and technicalities, driven by logical analysis. I would sit off centre towards the engineer end. Like with any designer we search after the holy-grail of design, which is form and function in unity, one complementing the other.

My choice to be a graphic designer was partly down to the fact that I am more technically minded than I am aesthetically minded. And it all stems for my love of computers, specifically the Mac. If I had been more aesthetically minded I may well have ended up in photography or as a painter. 27 years later I have my own design business and I’ve worked on some pretty cool and diverse projects. My career has been predominately print based graphics, working on logos and brochures, museum information graphics and way-finding signage. My core philosophy is around design as communication. Which again you’ll see is function first, form second.

In the last 8 years I’ve been working within healthcare, especially in spaces for young adults and children where you really get to see the impact of the work we (my team) do. In this space we don’t do much of the creative processes as we work with other designers, but being more the technician I mind less. We provide the solution to someone else’s vision.

One of the factors that keeps us engaged in this sector is the fact that we’re part of the bigger picture. We get to see people’s faces and hear their comments about the transformation we make. At first this is what kept us going, we knew that it made such a difference to people that it was easy to push through the complicated and frustrating nature of working with healthcare spaces. After all the hoops were jumped through it was the patients who benefited from what the scheme the designers had done. So it always made it worth the effort.

These days I’m looking at deeper understandings of our place in design, as much as I still enjoy the positive feedback. I’ve become very interested in understanding how our psychology affects our health and performance at work, in the gym or at school. Therefore I want to make an impact with our work in multiple environments. Studies have shown that environment plays a huge role in our well-being, we are influenced by the sounds around us, the colours and even the things our eyes look at. At study in the US showed that patients in a room with a view of nature had less negative comments in their notes, used less painkillers and drugs and were released from hospital quicker than those with a window looking onto a brick wall.

I envisage an office environment that helps boost performance, an education facility that develops students with reduced stress, and promotes better cognitive ability or a gym facility that encourages people to give their best every time. Making people more productive, healthier and happier these are my reasons for being in design.

“Wall Glamour’s fantastic murals in our new setting have brought the playgroup to life. Lots of valuable conversation is generated from talking about the murals. We are able to incorporate the murals as part of our displays by adding flowers, Christmas trees, tractors, depending on what our focus in the setting is.

The parents have commented how warm and welcoming the setting is with the murals and that it gives our playgroup the ‘wow’ factor.” 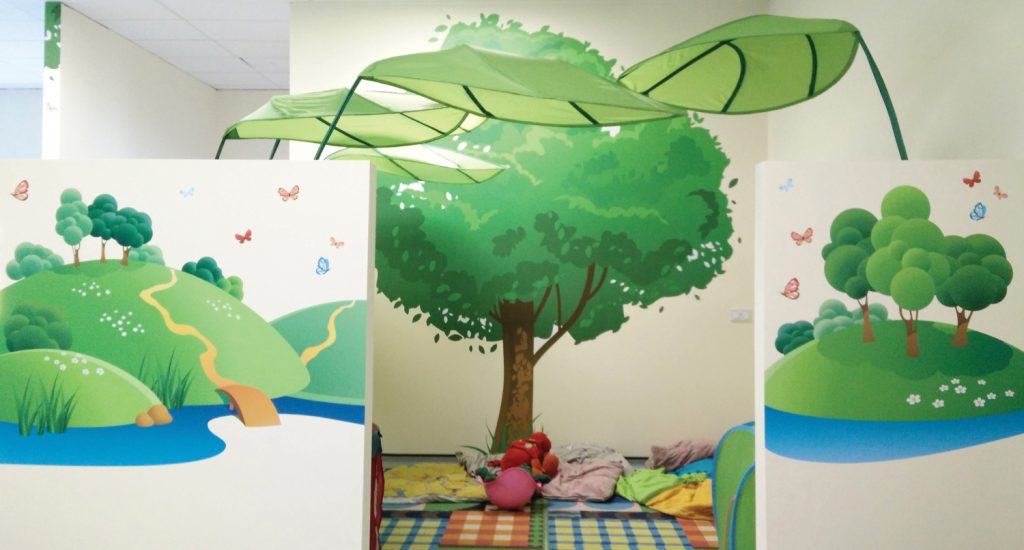 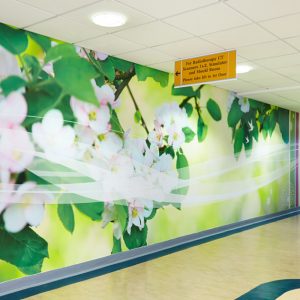 The Art of Healthcare

When we started working in healthcare in 2008 we never really knew the importance of the work we were doing. In fact we just printed and installed some stickers as we have done numerous times before. As we increased the amount of work in healthcare, working with interior designers, we… 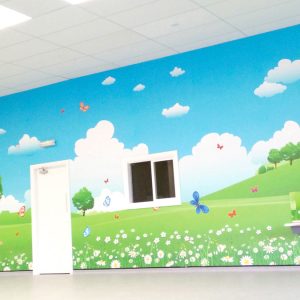 Inspiration for better outcomes in public spaces - How using creative wall designs goes deeper than making a pretty picture. One of our clients works exclusively in healthcare, and in aiding them to make hospitals better places, we see that white or magnolia rules the corridors of most of Britain’s… 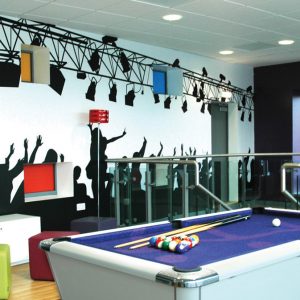 Back in 2007 I created an online wall sticker store called Wall Glamour® which grew from a shed in the bottom of my garden to a business now working all over the UK. You can read the story of Wall Glamour on another post, but I wanted to cover the…

How do we work? You may be reading this text because you have seen some of the amazing spaces we have worked in and you are looking for something similar. We provide high-quality wall murals and stickers for commercial interiors. You may know us for our home wall stickers which…

Read more
Back to top